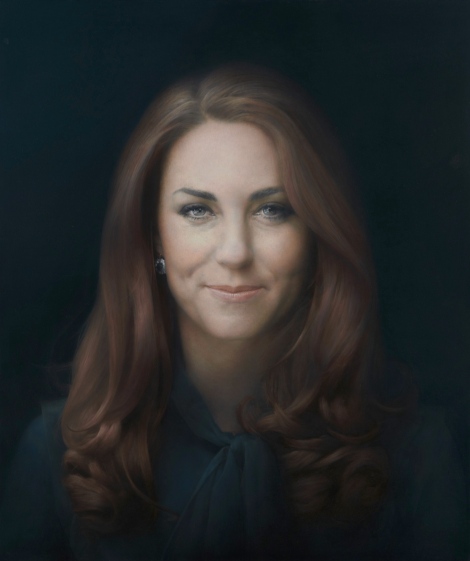 The 2013 portrait of Kate Middleton by Paul Emsley has an eerie effect on the eye. Hanging in the National Portrait Gallery, the image has a composition that is quite distinct from the more coloured realism of its royal counterparts. It has a flatness of precision, and yet a layer of the unfathomable; the literality of a photograph, and yet the soul of a painting. Indeed, it is a portrait which epitomises the alluring quality of photorealism as well the resurgence of mainstream interest lately surrounding this genre.

Photorealism first emerged in the late 1960s, both as an offshoot of Pop Art and a reaction against Expressionism. During a time when contemporary art was dominated by a thirst for abstraction, the genre sought to reclaim the central importance of image. Its founding artists were indebted to the simultaneous rise of photography, with figures such as Richard Estes and Ralph Goings modelling their paintings not on nature but, for the first time, on a readily captured picture. The process loosely involves reproducing photographic material on canvas, so that the form appears a peculiar hybrid of the camera and the paintbrush. While photorealistic art initially focused on commonplace scenes and settings, its subjects have become more widespread and illusionistic over time.

However, in its imitation of what might already be considered an imitation, the genre has tended to prompt three words of disparagement: ‘what’s the point?’ It is not initially as ignorant a question as some may think. Only a few metres away from the framed Duchess of Cambridge is a portrait of Dame Kelly Holmes by photorealist Craig Wylie. At a first glance, the starkness of its detail convinced me that it must surely be a photograph – why else would it be crafted to so closely resemble one? But paradoxically, it was my eventual knowledge that it was indeed a painting, not the work of a machine, that opened a sudden level of appreciation and insight. Wylie described his painting as creating ‘a kind of hyperreality through amplification’; rightly so, there is an enchanting, often deceptive power in the ability of photorealism to reconstruct its own identifiable mode of reality.

Moreover, it is interesting that this style of art seems to resonate so strongly in this particular era. In Reality Hunger: A Manifesto, author and critic David Shields discusses the ‘lure and blur of the real’ that seems to define contemporary culture. It is worth pointing out that his ideas have aptly been paralleled with the ‘lure and blur’ of photorealism, as he writes: ‘Living as we perforce do in a manufactured and artificial world, we yearn for the “real,” semblances of the real. We want to pose something nonfictional against all the fabrication—autobiographical frissons or framed or filmed or caught moments which, in their seeming unrehearsedness, possess at least the possibility of breaking through the clutter. A deliberate unartiness: “raw” material, unprocessed, unfiltered, uncensored.’

Whatever the extent to which photorealism pertains to this ‘reality hunger’ culture, it is undeniable that the appeal of these paintings is located in their ‘semblances of the real’, or quasi-reality. All art is an attempt at authenticity – sensual, emotional, psychological or visual – and photorealism works on a more enigmatic level. Indeed, the Western art tradition shows a long-held fixation with both naturalism and convincing illusion, and this reaches as far back as 6th century B.C. Greece. Photorealism somehow amalgamates both of these qualities, and as such, this self-conscious tension between what is real and what is perceived has a naturally beguiling effect.

It was Banksy who said that ‘art should comfort the disturbed and disturb the comfortable’, and what is ultimately most remarkable about photorealism is its achievement of the latter. Perception and reality, painting and photography, imitation and imagination – the real beauty of this genre is its ability to obscure and even manipulate so many of these common artistic binaries. It is not quite the simplistic mirror of reality for which it may have first been dismissed, but rather, a more complex reflection of what we had perhaps expected to see.