If there’s a place that can truly be described as an assault on the senses, it’s Ho Chi Minh City. Dizzying in momentum and irrepressible in spirit, the city thrives on a vibrant fusion of the modern and the classic: an economic and commercial capital still imbued with a strong sense of tradition and historical significance. It is this lively flux between old-world charm and new-world chaos that makes Ho Chi Minh City such a culturally-rich metropolis, brimming with an energy that’ll sweep you along with it.

It’s no wonder that the common side effects of foreign travel – culture shock, jet lag – feel unusually heightened when you arrive in Ho Chi Minh City: the city is a fast-paced blur of noise, colour and movement. Overcrowded markets spill onto busy pavements, high-rise bars illuminate the night sky, and motorbikes (more than you’ve ever seen on any one road, ever) stream endlessly through the streets. But once you adapt, there’s plenty to discover beneath this hectic whirl. 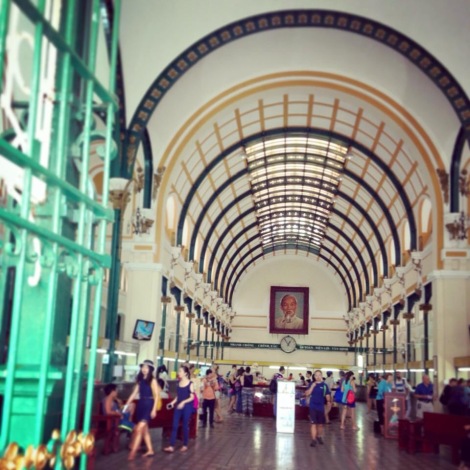 Indeed, Ho Chi Minh City is a symbolic landmark of social as well as economic change, and this is reflected in its very name. Formerly known and still commonly referred to as Saigon, the city was renamed in 1976 after the revolutionary leader Ho Chi Minh, who fought successfully throughout the twentieth century to free South Vietnam from from colonial forces and unite the nation under Communist rule. His presence is accordingly felt throughout the city (and indeed the rest of the country), with numerous statues celebrating his leadership through the Vietnam War – the most recent one was unveiled in 2015 outside the People’s Committee Building.

Inevitably, the century of French colonial rule has left lasting influences on Ho Chi Minh City, most noticeably in the city’s rich architectural heritage. Its most prominent buildings each embody a French Colonial style, reflecting the shift in trends from the Second Empire to the Third Republic. The Central Post Office is particularly striking, with a beautifully tiled concourse and turquoise-painted, wrought iron entrance, designed by Gustav Eiffel and built between 1886 and 1891. Across quarter is also the Notre Dame Cathedral, one of the few remaining strongholds of Catholicism in a now largely Buddhist country.

As forward-looking as Ho Chi Minh City may be, there is also the pervasive sense of a city keen not to forget the horrific impacts of recent history. The War Remnants Museum presents a sobering albeit one-sided narrative of the war, with graphic photographs of soldiers and case studies of those still debilitated by the effects of Agent Orange four generations on. If you want to investigate further, you can also take day trips to visit the Cu Chi Tunnels, the network of narrow, underground tunnels used by the Viet Cong to remain hidden from American soldiers.

Away from its dark past, an equally worthy venture outside of Ho Chi Minh City is to the Mekong Delta, the southern end of the Mekong river. Surrounded by rice fields, swamplands and tropical fruit orchards, it’s a pastoral escape from the cosmopolitan mayhem of the city. There are plenty of traditional craft villages still in operation, as well as important rural business such as bee farms and coconut candy factories, all offering a glimpse into a more authentic way of Vietnamese life. 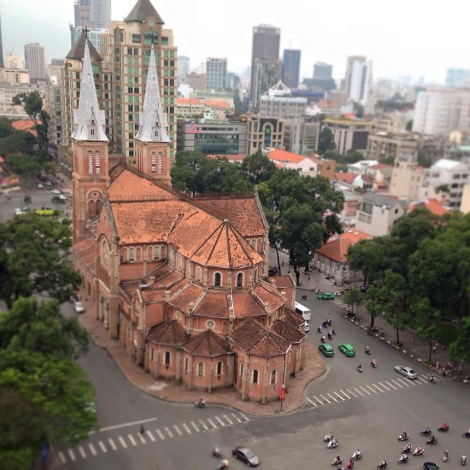 But don’t underestimate the culturally-enlightening potential of Ho Chi Minh City itself. Sometimes a wander around shopping centres and department stores can be just as insightful an excursion. And if not, whether trying pho, its famous rice noodle soup, riding on the back of a rickshaw or attending a water puppet show, the city somehow succeeds in keeping various quirks up its sleeve.

It’s probably the case that Ho Chi Minh City is mainly used as a stopover en route to some of Vietnam’s more exciting destinations. Embrace the urban dynamism, however, and you will fall under its spell, uncovering a city rich with historical character and contemporary significance. It will form an intrinsic part of your journey through Vietnam – even if only as a useful basis for comparison with your experiences elsewhere – and you’ll be surprised by how enticing it really proves to be.