Milan is often described as the commercial and financial centre of Italy. But while in most cases this is a polite way of calling a city ‘ugly, modern and industrial’, for Milan this couldn’t be any less true. A place where new energies brim against rustic backdrops, its lesser appreciated status among Italy’s more popular destinations is unwarranted – and yet makes any visit an unexpected delight.

Culturally speaking, Milan is a city of international renown. In 2009, it surpassed New York and Paris in being regarded the fashion capital of the world, a title that even passing locals seem to live up to. Famed also for its triumphs in modern design, the Milan Furniture Fair joins Fashion Week as an important annual fixture. Music is also a crucial to the city’s identity, which is the home of La Scala, one of the leading opera houses in the world. Indeed, all forms of art thrive in Milan, and it’s hard not to experience this as interwoven in the day-to-day fabric of the place.

At the geographical and societal heart of Milan is the internationally iconic Duomo. This Gothic cathedral is said to have taken an epic six years to build, and in all its robust elegance, every moment of it shows. In the summer, the piazza becomes the venue for music festivals, flower shows and film screenings; in the winter, it’s the home of ice skating – uniting the various dynamics of the city, it’s become the fitting face of Milan, a place of deep historical identity buzzing with modern change.

As the exciting views from the roof of the Duomo will remind you, however, there’s much more to Milan than its central piazza. Slightly north of the city is Brera, a district once populated by artists, and which still carries an air of the bohemian. There you’ll find a picture-postcard spot of sprawling cobbled streets, floral hanging baskets and expensive boutique shops. It’s perfect for morning strolls, and with several quaint bars, even more so for a spot of people-watching (particular those of the chic variety). 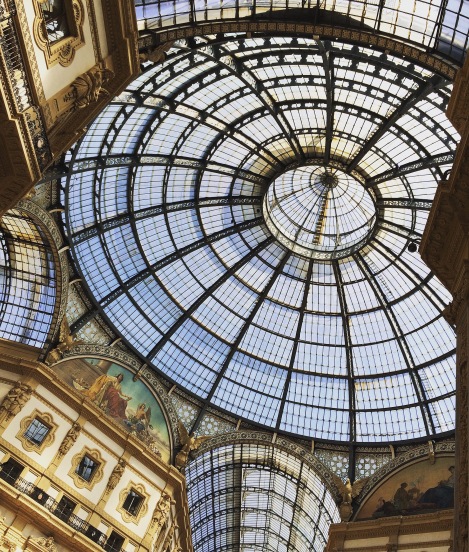 A more up-and-coming part of Milan is Navigli, a historic neighbour-hood named after the city’s interconnected canals. Centred around Naviglio Pavese and Naviglio Grande, the main two of the five, it offers an ideal alternative for daytime wandering or leisurely evenings. Lined with a plethora of bars and restaurants, the canal-sides really come to life at night, as the sunset colours of water slowly match the shades of your Aperol Spritz – and the Colonne di San Lorenzo, another popular nightlife spot, is only a short walk away.

For ventures into Milan’s and Italy’s artistic history, you can locate Da Vinci’s famous 15th century mural painting The Last Supper at Santa Maria delle Grazia. Of the same era is also the mighty red-brick Sforza Castle, a medieval fortress comprising a complex of museums and several treasures of the art world. There’s also the Pinoteca based in Brera, the main public gallery for paintings in Milan and nowadays a public academy of fine arts – take a detour around the back and you’ll find a botanical garden boasting over 300 different plant species.

Milan also enjoys a privileged location as the gateway between several cities in the north of the country. It helps to join the dots between Turin and Genoa, onto Lake Como and Bolgna, or even towards Lake Garda, Venice and Verona in the Veneto region. This should provide you with more than a few opportunities to marvel at the extravagance of its marble-floored central station, which opened in 1931 and was subsequently adorned with an Art Nouveau and Art Deco design by Mussolini.

That said, the city deserves appreciation as far more than a simple stopover location. It’s a rich, diverse and notably lavish taster of all of the wonders of Italy. You’ll find there’s much more to Milan than you may have initially anticipated, and more’s the pleasure.

One response to “More to Milan”