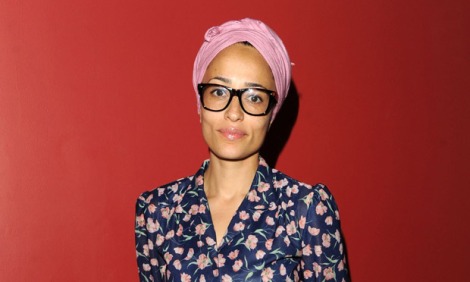 I remember one of my professors telling us in a University lecture that it’s impossible to ever identify the prevailing literary movement of one’s own era. Her matter-of-factness posed a kind of intellectual challenge, and I doubt I was the only person in the room who started to ponder inquisitively over the statement. Naturally, her assertion proved to be undeniable: not only is the contemporary novel what Robert McCrum describes as more ‘polyvalent’ and ‘multifarious’ than ever before, but without the ability of hindsight to look back and contextualise the value of any work, its status and relevance within the canon of fiction is debatable, if unknown. Nevertheless, my curiosity led me to recognise quite a widespread trend among today’s most notable writers, and one which sparked my interest: a very marked preoccupation with recycling, reinterpreting and reinventing the literature of previous generations.

This trend manifests itself in two ways. The first relates to authors who actively draw upon the subject of an older literary text and reshape it in accordance with their individual purpose. For instance, Francesca Segal’s The Innocents (2012) transports the upper-class scandals of 1870s New York in Edith Wharton’s The Age of Innocence (1920) to the modern-day Jewish community of north-west London. Madeline Miller’s Orange Prize-winning novel The Song of Achilles carves a coming-of-age novel out of Homer’s Iliad. Likewise, Zadie Smith’s novel On Beauty (2005), which follows the intertwined lives of the liberal, atheist Belsey family and the conservative, Christian Kippses, models itself on the exact dynamic of E. M. Forster’s Howards End (1910).

The second relates to authors who self-consciously experiment with an older literary tradition or style in order to express new ideas or modern realities. Ian McEwan’s Saturday (2005) emulates the modernist stream-of-consciousness found in Virgina Woolf’s Mrs Dalloway (1912) and James Joyce’s Ulysses (1922), this time through a day in the mind of a London surgeon. Donna Tartt’s The Secret History (1992) subverts the murder mystery format with a Prologue that foregrounds the crime that will occur and the perpetrators behind it, and gradually emerges as a modern Greek tragedy. Eleanor Catton’s novel The Luminaries (2013), winner of the Man Booker Prize, evolves as a Victorian sensation novel transplanted to New Zealand. The list goes on.

Eleanor Catton, author of The Luminaries (2012)

Of course, in some ways, these examples show nothing new. Novels, plays and poems have always interacted with and responded to one another in a kind of intertextual dialogue. We’re all familiar with the old adage that ‘there is nothing new under the sun’, and the same applies to fiction. Literature is a timeless seam of the same emotions, themes and ideas, simply expressed differently for each new generation. When the concept of a ‘literary tradition’ first arose in the 1920s, T. S. Eliot proposed that the artist should actively engage and connect with past traditions when developing new work; he must feel that ‘in his bones… the whole of the literature from Europe to Homer and within it the whole literature of his country has a simultaneous existence.’

But what we have in the 21st century is a far more extreme relationship with our literary predecessors than has ever been encountered in writing. Historically speaking, new generations of writers have always been driven by an urge to reject the old and establish the new – today, the pattern is inverted. Entire novels are now constructed on the basis of a single literary allusion; classic authors are no longer mere sources of inspiration, but they have become deities whose wisdom we are trying to regurgitate. The question is then, are we living in the midst of a creative standstill, or are the novels I have listed above intelligent and worthy reads in their own right?

To me, the answer is both, and boils down to the predicament of our times. In an article entitled ‘Where is the 21st Century Literature?’, Adrian Slatcher addresses the sluggishness with which literature has adapted to the social, technological and materialistic realities of the present day, and in my view, this current trend for reinvention has been our inevitable response to these obstacles. Indeed, the issue here is not a shortage of new subject matter for the novel, but an uncertainty over its style, form and genre in a world that is rapidly becoming harder to capture for the page.

Our replication of older material is not evidence of an artistic regression – judging from the buzz surrounding these contemporary writers, quite the opposite – but rather it is representative of a search to assert and define the literary tradition of our century. Consciously or unconsciously, we are harking back to the past in order to work out how best to express the present; by revisiting the power of these golden works of literature, writers are looking to unearth the relevance of literature in a world where the path of the novel is uncertain.

We’ve had the Medieval and the Renaissance, the Age of Enlightenment and the Restoration, the Romantic and the Victorian, Modernism and Post-Modernism, and now we teeter awkwardly on the edge of a new literary tradition. Whether this modern tendency for ‘rewriting the old’ will gather any momentum is dubious, but it symbolises a deeper questioning of what will mark the future of literature itself – and assures us that the potential for innovation is yet to be unleashed.

2 responses to “The Age of Reinvention”