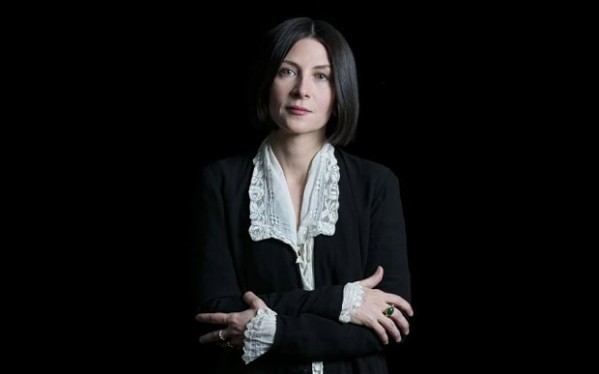 Whoever said ‘Only an idiot would try to get rich by writing a book’ touched on a kind of reality. We’ve all seen how the greatest of artists can lurk in the depths of obscurity for years, decades, even centuries; for most novelists, the status of ‘literary legend’ can only ever come as a posthumous accolade. Fortunately, however, for what is rather an inevitable pattern of success in the literary canon, there must be a few exceptions to prove the rule. Donna Tartt is one of them.

Aged 50, the Mississippi-born author re-aroused critical attention last year with the publication of her latest offering, The Goldfinch. Centred around the symbolic painting by Carel Fabritius, the novel explores Tartt’s usual themes of beauty and mortality, the loss of innocence and quest for meaning, after a terrorist bomb explodes in New York’s Museum of Modern Art. Stephen King celebrated it as a ‘rarity’, and few readers have disagreed in any sense of the word: The Goldfinch is only Tartt’s third novel, and like her previous two block-busters, The Secret History (1992) and The Little Friend (2002), it took her an entire decade to write.

Given the distinctive procedure of Tartt’s writing, the critical gaze has naturally shifted from the texts themselves onto the suitably enigmatic personality behind them. Tartt’s extraordinary talent was first noted by Barry Hannah, her teacher at the University of Mississippi, who wrote that she was ‘Just a rare genius, really. A literary star.’ She is five feet tall, always wears black, and seldom grants interviews to discuss her work. She writes reclusively on a farm in Virginia with the company of her dog, Punch, sometimes checking her mobile phone as little as once a week. Her favourite author is Dickens, her first favourite book was Peter Pan. Her personal life remains entirely private, however, and aside from this same-old cluster of biographical facts and anecdotes, the rest is speculation.

Like a modern day Emily Dickinson, the mystery surrounding Donna Tartt’s identity has caused her to become deeply mythologised by her readership – an exclusive milestone for a writer still living and working. In particular it seems to be her artistic perfectionism, her tenacious dedication to writing that has bewitched the curiosity of so many. Perhaps the concept of a solitary, all-consuming compulsion to commit one’s life to art has become too archaic for us to comprehend. When probed on the subject of why she works so slowly, Tartt responded: ‘I can’t think of anything worse than having to turn out a book every year. It would be hell… People say that perfectionism is bad. But it’s because of perfectionists that man walked on the moon and painted the Sistine Chapel… It’s all about production and economy these days’.

Of course, for most, the prospect of starting work on a novel that won’t be published for another ten years might seem daunting, if potentially fruitless. But it is on the integrity of Tartt’s artistic sentiments that Tim Adams aptly describes the author as a ‘slow-burn literary giant’: her patience is colossal, her disinterest in fame majestic, her anti-modern principles courageous. Her career may have taken a lucrative turn, but her desire to write, and to do so in her own way, has not wavered.

I suppose, then, there’s a less cynical side to the story of ‘only idiots trying to get rich by writing books’. What the idiots don’t know is that the most precious of art is never created as a vehicle for fortune. During a time when ‘value’ is only understood on the shallow scales of finance, Donna Tartt’s old-fashionedness is refreshing, and many would salute her for it. After the publication of her first novel, one journalist gave her some apparently sound advice: ‘What are you going to do to top this one? If your name’s not out there in two years, people will forget all about you’. Ten years later, he was re-interviewing her.