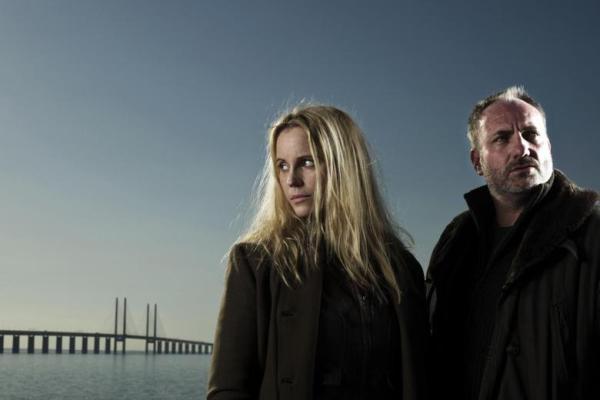 Like television’s answer to the Viking invasion, Scandinavian drama is triumphing in Britain. Ever since Stieg Larsson’s novel The Girl with the Dragon Tattoo became an international bestseller in 2008, our screens have welcomed a wave of hit shows from across the North Sea. In 2011, crime thriller The Killing won a BAFTA for ‘Best International Series’, with political drama Borgen scooping the same award a year later and The Bridge nominated last year. Indeed, they’ve gradually been adopted by BBC4 as among our television’s ‘best series’ full stop, and with the channel unveiling plans to broadcast two further dramas this year, the tide of success shows no sign of fading. So what is the secret to their appeal?

According to ex-BBC4 controller Richard Klein, the answer is simple: they have seduced our imagination because of their cultural exoticism. Appropriately labelled the ‘Nordic noir’, it is undoubtable that the forbidding landscapes, bleak weather and austere societies of these Scandinavian dramas have been a pivotal part of their success. To us, they make a refreshing change from the sun-drenched, cosy settings of the classic British mystery series – the fact that Midsomer Murders is Denmark’s most successful television import with a 40 per cent audience share certainly supports this view.

Ultimately, however, this gloomy ambience plays a wider role in cultivating the perfect tension for the plot itself, which has largely been the focus of critical acclaim. Certainly, the Nordic noir takes the genre of drama to a whole new level: believable, multi-dimensional characters, embroiled in much greater storylines than the murdered victim before them. The Bridge, for instance, sees the Danish and Swedish police collaborating on a investigation amid cross-cultural tensions; central detective Saga Noren is socially-awkward and emotionally-detached, while her strong, undeclared friendship with sidekick Martin Rohde has been described as a ‘new model of a TV partnership’. Meanwhile in Borgen, the plot centres around the charismatic Birgitte Nyborg who becomes Denmark’s first female Prime Minister and must juggle the politics of her party with those of her personal life.

This key interplay between the characters’ personal and professional lives gives Scandinavian programming a much deeper script than the average mystery series. Indeed, perhaps this is the key: the Nordic noir is not just a crime or political drama, but it breaks the conventional limits of genre. While British and American series’ often consist of one-off, plot-driven episodes, the serialisation of Scandinavian programmes enables a more character-driven emphasis – and it is clear which technique is striving off ahead.

When questioned on his ideas behind The Killing, writer and creator Søren Sveistrup said: ‘I think it’s important to challenge the whole concept of making television… visually we wanted to do something cinematic, and that came with the idea that the whole story should be more epic and more novel-like; to have a complicated storyline and have many layers. You have to take the whodunit storyline – which is a big cliché – and then use it for something else. Whodunit is a very powerful engine for a story. If you kill someone at the start, the audience is automatically looking for the killer. And you can use that engine to say a lot of things about society and human nature.’

Sveistrup’s principles have delivered splendidly: with their attention to quality, attention to reality and attention to viewers’ interests, the Nordic noir has surpassed us on all fronts. As Rob Buckley surmised, these dramas work because they are ‘well made, well acted and have had fundamentally strong scripts, with tight plotting, good characterisation and depth of emotion’ – in other words, these are the very qualities missing from British television, and I think he may be right. Indeed, when ITV emulated the Scandinavian format with Broadchurch, the result was a rip-roaring success, with responses not dissimilar to Buckley’s praise.

As London takes to celebrating all things Scandinavian at the Nordica festival weekend, there certainly is something worth feeling grateful for: the internationalisaion of television programming. Not only can viewers now connect with the global successes outside of their own country, but producers are now operating on a bigger stage, potentially resulting in the innovation of greater phenomenon.

But whichever direction the future of television chooses to take, the Scandinavians needn’t worry: when something is rotten in the state of Denmark, the audience is here to stay.

One response to “The Fascination with Nordic Noir”